Standing quietly in the vastness of the American West, mountains jutting up around you, cradling you in some of the last wild places left, you hear nothing but the whispering of the wind, the singing of the birds, the rustling of the grass, until the quietness is broken and you hear it: the thundering of hooves. The sound is instantly familiar, revealing its source before it can be seen: American wild horses, roaming desolate areas of the West that are too remote for humans.

America’s wild mustangs are one of two animals protected by United States law as important symbols of freedom in our country. The other is the bald eagle.

Congress recognized the importance of wild horses and burros to the American landscape in the 1971 Free-Roaming Wild Horse and Burro Act, which designates them as “living symbols of the historic and pioneer spirit of the West.” This unanimously-passed Act protected these beloved animals and placed responsibility for their management with the Bureau of Land Management (BLM), an agency within the Department of the Interior.

The BLM is failing its mandate of protection and preservation by using an outdated, inhumane and costly method of managing wild horses: helicopter roundups. Each year, the BLM terrifies, traumatizes, rounds up, and removes thousands of wild horses from public lands in the West. The roundups threaten the two things free-roaming wild horses value most: family and freedom.

Most of the captured horses and burros will spend their lives in holding facilities at taxpayer expense. Many will go to long-term pastures where they are separated by gender, while others will stay in short-term holding pens, waiting to be either sold or adopted. Not only are these holding facilities inhumane for wild horses, they also cost American taxpayers $2-5 per day per horse to feed and house them. Currently, more than 53,000 horses and burros are stockpiled off  the range.

These roundups are expensive, inhumane, and perpetuate the very problem the BLM is claiming to fix. In 2013, the National Academy of Sciences (NAS) completed an impartial review of the BLM’s wild horse and burro management practices and concluded that roundups and removals actually increase population growth through compensatory reproduction. Horses respond to decreases in their population density―a consequence of helicopter roundups and removals―by reproducing at higher than normal rates. The NAS recommended a more scientific approach to wild horse management: implementing fertility control measures that prevent pregnancy and reduce horse populations in the wild.

Yet, eight years after the NAS review, the BLM continues to prioritize roundups, spending 70 percent of its budget to remove and warehouse wild horses and burros, while less than one percent is spent on humane fertility control.

The nation’s leading wild horse advocacy group, the American Wild Horse Campaign, is succeeding where the BLM is failing. It has implemented the world’s largest fertility control program for wild horses in the Virginia Range near Reno, Nevada. The program uses PZP, a scientifically proven birth control vaccine, to humanely reduce and stabilize population growth rates in a population of historic mustangs whose habitat is shrinking due to rapid development in the greater Reno area.

The PZP vaccine is backed by more than 30 years of science. It’s up to 96 percent effective at preventing pregnancy, and costs a mere $30 per horse per year, compared to more than $2,600 to round up and warehouse one horse for just one year. (Wild horses can live for 20-30 years in captivity, and hundreds are removed in each roundup.)

AWHC’s successful program is a model for managing wild horses in the wild without roundups and removals from the range. If AWHC’s small but mighty team of 20 volunteers can make such a positive impact, it’s hard to believe that a $102 million-a-year government program cannot do the same for wild herds across the West.

America’s love for wild horses runs deep. Polls show that 80 percent of Americans on a strongly bipartisan basis support protecting America’s wild horses on our Western public lands. But this is not just an issue of loving horses, it’s also a matter of taxpayer waste. A new BLM plan calls for rounding up nearly every wild horse and burro living free today at a cost to taxpayers of more than $1 billion! A better, more humane and cost-effective alternative exists.

The system can change if enough of us speak up. With a new Administration comes a new opportunity for reform. Don’t let wild horses become just a memory recorded in the history books. Join the American Wild Horse Campaign and together, let’s keep wild horses wild. We promise to elevate your voice in this fight.

2 comments on “The American Wild Horse: Majestic, Breathtaking, In Danger”

Some time ago I enjoyed a lengthy conversation with a BLM employee in Washington D.C. I was struck by the seeming lack of understanding regarding the crucial role family and social relationships play in the lives of wild horses. While I tried to emphasize the critical importance these relationships play, the gentleman kept returning to the fact that horses in holding facilities are well fed and what more could you ask for. I feel that perhaps this basic disconnect accounts for a certain amount of the friction that seems to exist between the BLM and the many, many people who work so hard for the welfare of the wild horses in America.

LETS HELP THE HORSES AND REMEMBER THEY DESERVE A DECENT LIFE, AS WE ALL DO! 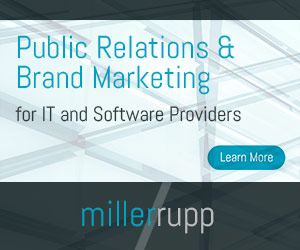